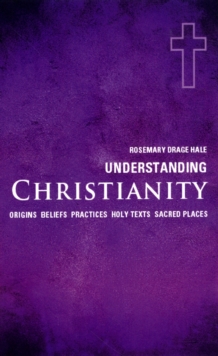 Christianity is the most influential of all the major religions in terms of the number of adherents, with as many as two billion followers of its many denominations found in every corner of the globe. Understanding Christianity presents a fascinating introduction to this great religious tradition, covering all major aspects - for example, the belief in the Trinity of Father, Son and Holy Spirit; the centrality of Jesus the saviour and redeemer, and his teachings of love and forgiveness; the Roman Catholic tradition, with its pope and seven sacraments; and the many Protestant traditions, which look to the Bible as their primary authority. The book explores and explains the development of Christian diversity, examining the fundamental religious principles of the faith and how these have evolved over two millennia. Specific topics covered include: the biblical canon and the New Testament gospels; the work of major scholastic theologians, such as Thomas Aquinas; the divisions between Roman and Orthodox churches; monasticism, mystics, martyrs, saints and angels; the Reformation and Counter-Reformation; the Virgin Mary; and the celebrations of Baptism, the Eucharist and the major festivals of the liturgical calendar.