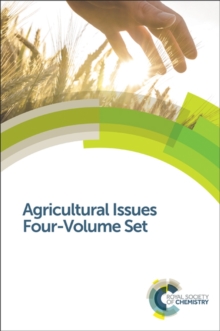 Part of the Issues in Environmental Science and Technology series

World trade in agriculture is an emotive subject that often provokes heated debate.

Titles in this set examine sustainability, environmental impact and security and will be essential reading for anyone concerned with agricultural issues whether as a scientist, policy maker, student or member of the general public. Environmental Impacts of Modern Agriculture (2012, ISBN 9781849733854)Modern agriculture must seek to feed the world's growing population with little or no cost to the Environment.

Modern agriculture is capable of producing greater yields than ever before, but intensification of agriculture does come at a price.

This comprehensive volume examines the environmental impact made by agriculture in the 21st Century, looking forward to the future with the lessons of the past.

Soils and Food Security (2012, ISBN 9781849734264)This book examines the current status of soils across the globe and their potential for food production to meet the needs of the World's population in the 21st Century.

Threats, such as the degradation, pollution and erosion of soil are discussed, along with the possible consequences of climate change for soil and food production.

As an ecosystem service, soil also serves to capture nutrients and sequester carbon, and these issues are discussed in the context of adding value to soil protection.

The influence of modern agricultural techniques in enhancing soil productivity is also discussed.

Throughout the book case studies support the discussion.

Sustainability in Agriculture (2005, ISBN 9780854042012)World trade in agriculture, with its massive subsidies, restrictive barriers, international collaboration and competition, and the livelihoods of millions of farmers worldwide at stake, is an emotive subject that often provokes heated debate.

Sustainability in Agriculture presents an authoritative and balanced overview of many of the key factors that impact upon world agricultural practices.

The aim is to throw light on the subject and so generate informed and rational discussion of the topics which so often generate powerful emotions.

Agricultural Chemicals and the Environment (1996, ISBN 9780854042203)Enormous increases in agricultural productivity can properly be associated with the use of chemicals.

This statement applies equally to crop production through the use of fertilizers, herbicides and pesticides, as to livestock production and the associated use of drugs, steroids and other growth accelerators.

There is, however a dark side to this picture and it is important to balance the benefits which flow from the use of agricultural chemicals against their environmental impacts which sometimes are seriously disadvantageous. This is a print only set. 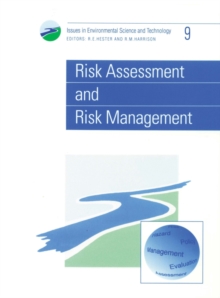 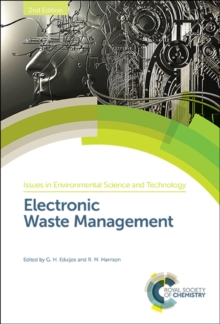 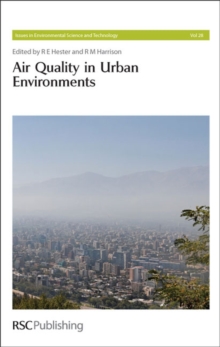 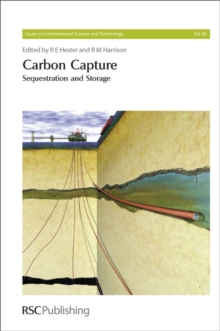