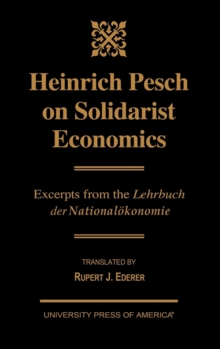 Heinrich Pesch on Solidarist Economics presents excerpts from Lehrbuch der Nationaloekonomie, written by Pesch, and probably the longest economics textbook ever written, in English for the first time.

This five volume work appeared in several editions in German between 1905 and 1926.

With this text, Pesch created one of the few original economics works, in which he proposed the solidarist system of human work in juxtaposition to individualistic capitalism and collectivistic socialism, both of which he critiqued and opposed.

Through this proposal, he also introduced a social philosphy, solidarism.

The translator provides some of the most representative excerpts to demonstrate the nucleus of what the German Jesuit scholar attempted to accomplish in his textbook.

His ideas prominently impacted the Roman Catholic Church's social teachings from 1931 through the present teachings of Pope John Paul II. 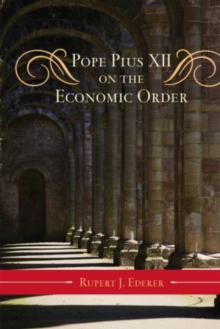 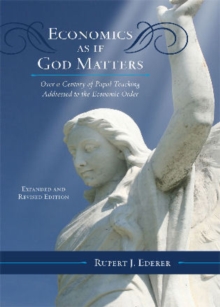 Economics as If God Matters 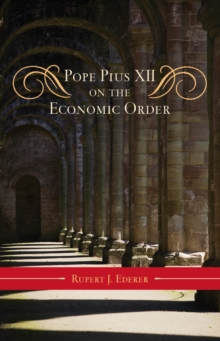