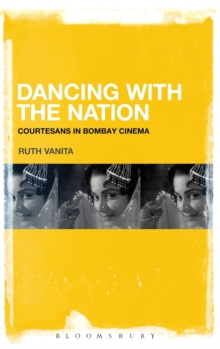 Dancing with the Nation : Courtesans in Bombay Cinema Hardback

Indian cinema is the only body of world cinema that depicts courtesans as important characters.

They represent the nation's past, tracing their heritage to the fourth-century Kamasutra and to nineteenth-century courtly cultures, but they are also the first group of modern women in Hindi films.

They are working professionals living on their own or in matrilineal families.

Like male protagonists, they travel widely and develop networks of friends and chosen kin.

They have relations with men outside marriage and become single mothers.

Courtesan films are heroine-oriented and almost every major female actor has played this role.

Challenging received wisdom, Vanita demonstrates that a larger number of courtesans in Bombay cinema are Hindu and indeterminate than are Muslim, and that films depict their culture as hybrid Hindu-Muslim, not Islamicate. Courtesans speak in the ambiguous voice of the modern nation, inviting spectators to seize pleasure here and now but also to search for the meaning of life.