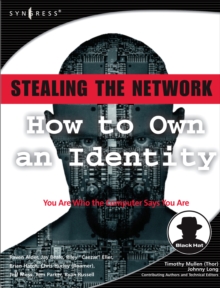 Stealing the Network: How to Own an Identity Paperback / softback

In this third installment, the all-star cast of authors tackle one of the fastest growing crimes in the world: Identity Theft.

Now, the criminal hackers readers have grown to both love and hate try to cover their tracks and vanish into thin air... "Stealing the Network: How to Own an Identity" is the 3rd book in the "Stealing" series, and continues in the tradition created by its predecessors by delivering real-world network attack methodologies and hacking techniques within a context of unique and original fictional accounts created by some of the world's leading security professionals and computer technologists.

The seminal works in TechnoFiction, this "STN" collection yet again breaks new ground by casting light upon the mechanics and methods used by those lurking on the darker side of the Internet, engaging in the fastest growing crime in the world: Identity theft.

Cast upon a backdrop of "Evasion," surviving characters from "How to Own a Continent" find themselves on the run, fleeing from both authority and adversary, now using their technical prowess in a way they never expected--to survive.

Also by Ryan Russell   |  View all 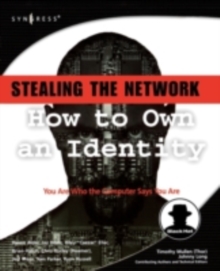 Stealing the Network: How to Own an... 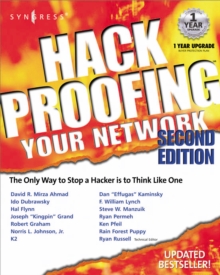 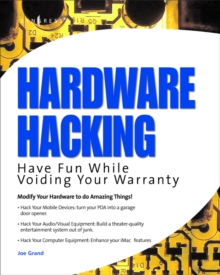 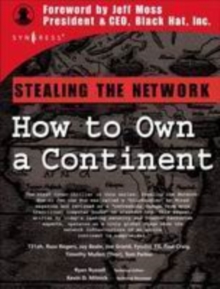