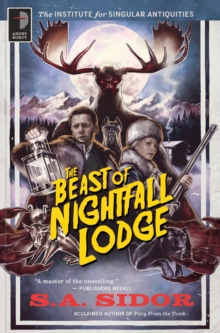 by S A Sidor

Part of the The Institute for Singular Antiquities series

When Egyptologist Rom Hardy receives a strange letter from his old friend, the bounty-hunting sniper Rex McTroy, he finds himself drawn into a chilling mystery.

In the mountains of New Mexico, a bloodthirsty creature is on the loose, leaving a trail of bodies in its wake.

Now, a wealthy big game hunter has offered a staggering reward for its capture, and Rom's patron - the headstrong and brilliant Evangeline Waterston - has signed the team up for the challenge.

Awaiting them are blizzards, cold-blooded trappers, remorseless hunters, a mad doctor, wild animals and a monster so fearsome and terrifying, it must be a legend come to life.

Also by S A Sidor 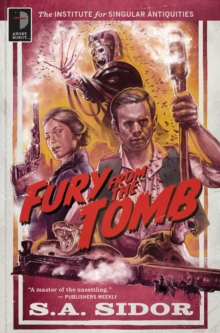 Fury From the Tomb

Also in the The Institute for Singular Antiquities series

Fury From the Tomb