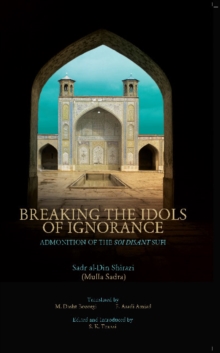 Breaking the Idols of Ignorance : Admonition of the Soi-Disant Sufi Paperback / softback

Are false mystics and impious sophists a modern phenomenon?

Not according to Mulla Sadra Shirazi, the famous seventeenth-century mystical philosopher who rebukes the pretentious by instructing the faithful on what it truly means to be pious.

A brilliant synthesis of the Islamic philosophical, mystical, and theological traditions, this work deals with the most crucial issues of metaphysics, encompassing ontology, cosmology, epistemology, psychology, spiritual wayfaring, the attributes of the pious, and homiletic advice.