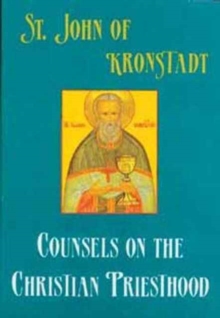 Saint John of Kronstadt (1829-1908) served 53 years of his ministry at St Andrew's Cathedral, Kronstadt, devoting himself to the salvation of the city slum-dwellers.

His charitable works became famous as did his healing prayers, rumoured to work miracles.

He and his works became the object of pilgimage and he was considered a saint long before his ecclesiastical canonization in 1990.

Although these selections are intended primarily for priests, the laity may also benefit from the words of St John of Kronstadt.