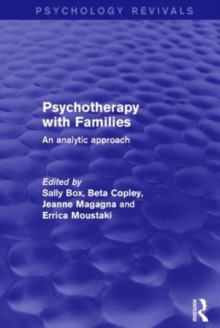 Part of the Psychology Revivals series

Originally published in 1981, this study is the outcome of a clinical workshop based in the Adolescent Department at the Tavistock Clinic; its members at the time shared a tradition and interest in applying psychoanalytic principles to the understanding of groups and institutions and believed in the crucial relevance of these in work with families.

It is written with the general reader in mind as well as those who work specifically in the field of family therapy or psychoanalysis. The approach is based on two particular developments; that of Object Relations Psychoanalytic practice, derived especially from the work of Freud and Melanie Klein; and the application of this to the understanding of Group Relations following the work of W.R.

Bion and others, such as A.K. Rice and Pierre Turquet. It thus embraces the idea of the family as a system and includes attempts to understand the processes involved in such a system.

But, unlike other comparable approaches, this one implies working with the group dynamics of the family, especially in terms of the way the family members perceive and engage the therapists.

The attempt is to create a space for the family to relive and think about conflicts as they emerge in the therapeutic setting.

Analytic theory is matched by much clinical material, and a glossary defines the key concepts.

Also in the Psychology Revivals series   |  View all 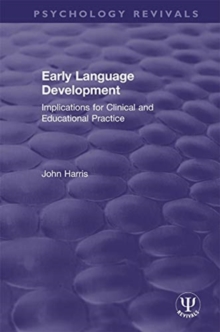 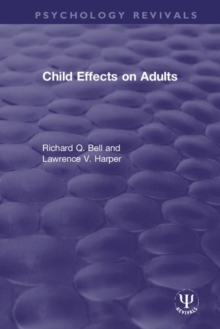 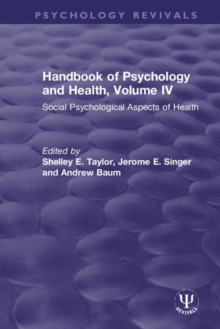 Handbook of Psychology and Health,... 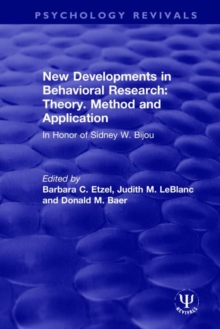