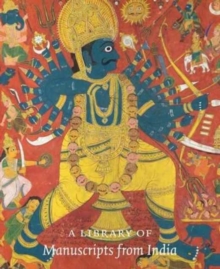 A Library of Manuscripts from India Paperback / softback

The rich variety of languages, religious traditions and schools of art of the Indian subcontinent are brought together in this exceptional library of Indian manuscripts.

Religious and philosophical texts from Buddhist, Hindu, Islamic, Jain, Sikh and Zoroastrian schools of thought are all represented in illustrated manuscripts.

This library shows how these various faiths borrowed, interacted and influenced one another in the subcontinent.

From palm leaf manuscripts of the South to pothi format manuals from the Himalayas in Nepal, to the sophisticated and highly illustrated manuscripts of the Imperial Moghul court, this catalogue takes the reader on a visual journey through great epics, charged romances and colourful cautionary tales. Highlights include an important and lavishly illustrated palm-leaf manuscript by `The Emperor of Poets', Upendra Bhanja (c. 1640-1740 ce), and a rare Bihar-I Danesh (The Springtime of Knowledge) by Shaikh `Inayatallah Kamboh of Delhi, from late 17th/early 18th century - the finest known copy of the manuscript.

An exceptional album of 18th-century Indian paintings from the Liechtenstein Princely Collections offers insight into the fascination for Indian courtly life among the nobility of Europe. A number of exceptional painted scrolls are also presented here.

Scroll painting has a long history in India. Story tellers would travel from village to village giving performances of well-known epics and regional stories often accompanied by musicians and with the visual aid of a painted scroll.

One particularly vibrant scroll, over 15 metres in length, of the Madel Puranamu, was probably commissioned by a wealthy member of the dhobi caste to celebrate his community's origins and favour with Shiva. Among the many intruiging maps and manuals - on art, astrology, omens, divination and auspicious symbols - is an 18th-century Nepalese sorcer's manual, which contains instructions for protective and exorcistic Shaiva rituals, mantras and sacrificial blood-offerings.

Its binding includes feathers and traces of blood and skin, which by tradition are fragments of the `five beasts' - buffalo, chicken, dog, goat and cow. 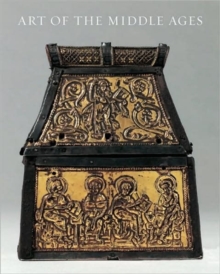 Art of the Middle Ages