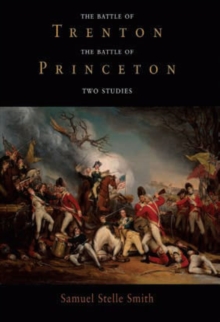 Often cited as the turning point of the American Revolution, the battles of Trenton and Princeton were instead the first victories by George Washington's demoralized troops over the Hessians and British, respectively.

Highlighted by Washington's brilliant Delaware River crossing, the victories reenergized the American forces and allowed both Continental officers and soldiers to believe that they could defeat a much more experienced enemy and gain independence from Great Britain.

Long recognized by specialists as the definitive studies of these two key fascinating battles and originally published in the early 1960s in separate oversized volumes, they are presentedhere together in hardback facsimile with updates to the maps, replacing the books' original modern roadways which overlay the eighteenth-century maps with current ones.