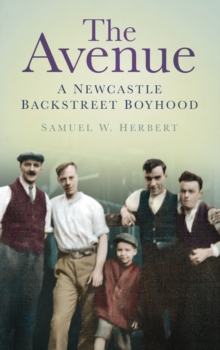 This is a hard-hitting account of growing up in Newcastle's West End during the uncertain years of the First World War and the Depression.

Samuel Herbert had to grow up fast when his mother moved the family to a cockroach-infested tenement in Elswick while his Dad - a miner - was away fighting on the front line.

Along with the shared `netties' and the terrible living conditions, Samuel learned how to deal with the bullies and the gangs until he grew as tough as they were.

His fight to get out of this poverty-stricken existence was always hindered by something and he continuously ended up back in that same sorrowful place called The Avenue. Along with the tragedy, however, came lots of laughs, and Samuel's unique account demonstrates the humour, courage and indomitable spirit of the local population.

Prepare to be amused and entertained, surprised and moved by these stories, which vividly capture the heart and heritage of this former mining community.