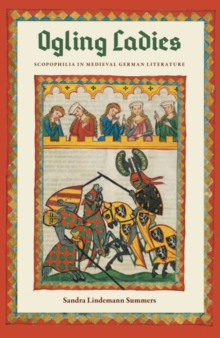 In the European Middle Ages, the harm a person's gaze could cause was greatly feared.

A stare was considered an act of aggression; intense gazing was believed to exert immense power over the individual observed. The love of looking, or scopophilia, is a common motif among female figures in medieval art and literature where it is usually expressed as a motherly or sexually interested gaze--one sanctioned, the other forbidden.

She investigates how the act of ogling altered the narrative trajectory of female characters, and she also considers how it may have affected the regulation and restriction of women during Europe's Middle Ages. Drawing upon contemporary gender studies, women's studies, film studies, and psychology, Summers argues that the female gaze ultimately governs social formation.

The exploration of the female gaze in period literature transcends medieval scholarship and impacts our understanding of the broader problem of gender perceptions and social structuring in Western civilization.