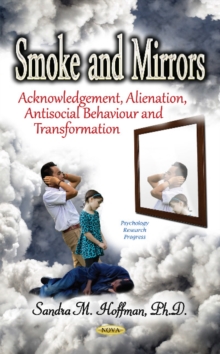 Antisocial behaviour terrifies most, if not all human beings.

This fear leads to various, previously learned ways of trying to defend against it.

It often leads to disrespect in relationships and wars between countries.

On a professional level, it has given rise to resources such as the Diagnostic and Statistical Manual to prevent this behaviour.

This book uses case studies, client narratives and socio-political examples to show these different forms of defence are often, ironically also the fuel of growing antisocial and prosocial behaviour.

Seeing antisocial behaviour as a resource for learning new skills of defence (instead of justification for disrespect), and using it transformatively, could result in different consequences, based on interpersonal, national and international growth.

Prevention and transformation of antisocial behaviour depends crucially on our commitment to look critically at ourselves and the work people do so that society can develop a sense of agency.

In this book, the author uses examples from a developing country, South Africa (and as it has learned from other countries, particularly the United States), as a microcosm.

Its mission over the past twenty-two years has been to transform from a country ravaged by disrespect to one of mutual respect.

It has largely failed, not due to lack of intention, but because of not knowing how legacies from the past are persistent in the identity of the country as they are in the identities of people as individuals and in their relationships.

Nonetheless, there are instances where lessons from the past have been used to transform the present.

This broad analysis of antisocial behaviour in South Africa can be of particular interest not only in this country, but also to other countries plagued by growing levels of crime and violence. 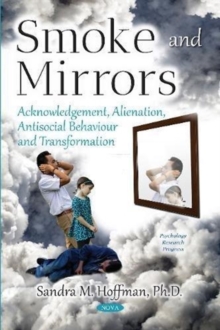