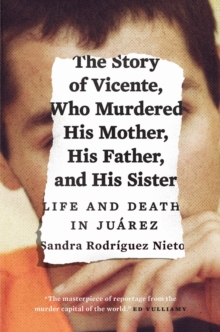 The Story of Vicente, Who Murdered His Mother, His Father, and His Sister : Life and Death in Juarez Paperback / softback

The intimate story of a teenager s murder of his family, from an award-winning Mexican journalist Sixteen-year-old Vicente and two of his high school friends murdered his mother, his father, and his little sister in cold blood.

Through a Capote-like reconstruction of this seemingly inexplicable triple murder, Sandra Rodriguez Nieto paints a haunting and unforgettable portrait of the most violent city on Earth, with an in-depth investigation into the thought process of the three boys, the city of Juarez and the drug cartels that wage war in its streets.

This book explores how poverty, political corruption, incapacitated government institutions and US meddling combined to create the explosion of violence in Juarez.

The product of years of tenacious reporting that have brought Sandra Rodriguez Nieto international acclaim, this book traces the rise of a national culture of extreme violence, and is a testament to the extraordinary bravery of a reporter." 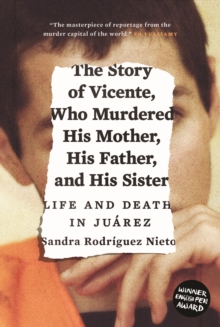 The Story of Vicente, Who Murdered His...