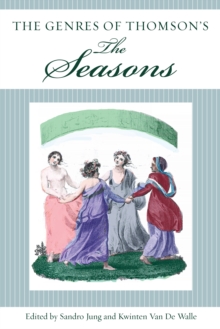 The Genres of Thomson's The Seasons Hardback

Part of the Studies in Text & Print Culture series

Critics since the eighteenth century have puzzled over the form of James Thomson's composite long poem, The Seasons (1730, 1744, 1746), its generically hybrid make-up, and its relationship to established genres both Classical and modern.

The textual condition of the work is complicated by the fact that it started as a stand-alone poem, Winter (1726), but was subsequently expanded-as part of a revision process that lasted almost two decades-through the addition of three further seasons poems.

Transforming from primarily devotional poem to georgic account of the role of man's laboring role in the creation, the meaning of The Seasons shifted with each addition of new material.

Each revision introduced diverse subject matter while existing material was reorganized and occasionally moved from one season installment to another.

The Genres of Thomson's The Seasons is the first collection of essays exclusively devoted to the study of the work's formal heterogeneity, polyvocality, and polygeneric character.

All contributions examine the different modes (descriptive, reflective, pastoral, hymnal, amatory, epic, georgic, dramatic), discourses (political, sentimental, scientific), and kinds that cooperate to make up the different installments and variants of The Seasons.

They probe the multifarious interactions between different genres and modes and how a renewed focus on the form of Thomson's long poem will result in an understanding of the processual character of The Seasons as a synthesizing simulacrum of various discourses and theories of composition.

The volume's essays map the generic anatomy of the poem in its different incarnations.

They shed light on the poet's conception of the descriptive long poem and his engaging with formal traditions that would have enabled contemporaneous readers to conceive of The Seasons as an assimilating and learned work to be read through both the works of the Classics and moderns.

Contributions revisit models explaining the structural complexity of The Seasons, proposing others in their stead, and consider Thomson as the author of a long poem in relation to other poets both English and (in a transnational study) Swedish.

The poem is furthermore contextualized in terms of sexuality and animal studies.

Also in the Studies in Text & Print Culture series   |  View all 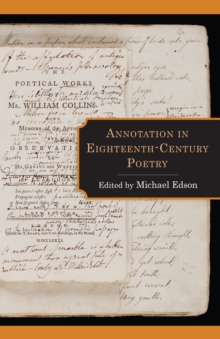 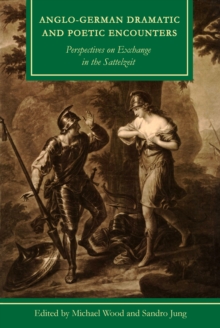 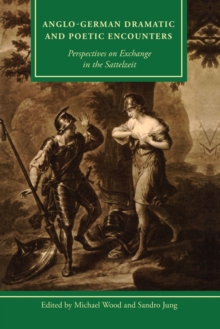 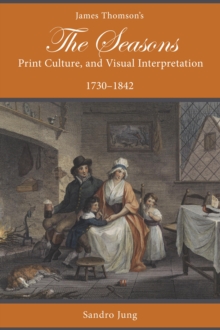