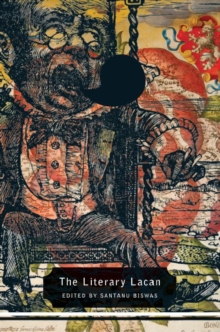 The Literary Lacan : From Literature to 'lituraterre' and Beyond Hardback

The relationship between literature and psychology is long and richly complex, and nowhere more so than in the work of Jacques Lacan, the most controversial psychoanalyst since Freud. "The Literary Lacan" is dedicated to assessing Lacan's significant contribution to literary studies and the contribution, in turn, of literature to Lacanian psychoanalysis.

The first essays in this collection provide close readings of Lacan's literature-related work, specifically his work on Hamlet, his homage to Marguerite Duras and Lewis Carroll, his concept of Lituraterre, and his seminar on James Joyce.

Other essays examine Lacan's theories in conjunction with works of major writers such as Samuel Beckett.

The book concludes with essays that investigate Lacan and literature more broadly, including the applicability of literature to psychoanalysis.

With well-known contributors including Slavoj Zizek, Jacques-Alain Miller, Russell Grigg, and Ellie Ragland, this volume will appeal not only to specialists in literary and Lacanian theory but also to students and enthusiasts of the master and the literature that inspired him.