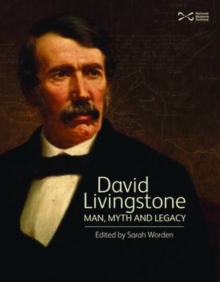 David Livingstone rose from being a factory boy to become an African explorer and a hero of the Victorian age.

This volume of essays, rich in new scholarship, tie in with an exhibition at the National Museum of Scotland (beginning 23 November 2012) which commemorate the 200th anniversary of his birth.

The exhibition has been produced in collaboration with authorities in Malawi - Livingstone was the first European to document Malawi in the mid 1800s and he continues to be remembered there - and with the David Livingstone Centre in his birthplace, Blantyre, in the west of Scotland, which holds a wide range of his personal belongings and travel aids.

Together, the essays present a twenty-first-century view of David Livingstone - the man, the myth and the legacy.

They engage not only with matters of history - his life and work as explorer, doctor and missionary - but also with the ways in which he has been memorialised, and his contemporary significance.