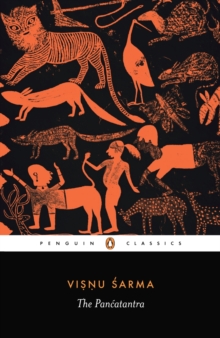 First recorded 1500 years ago, but taking its origins from a far earlier oral tradition, the Pancatantra is ascribed by legend to the celebrated, half-mythical teacher Visnu Sarma.

Asked by a great king to awaken the dulled intelligence of his three idle sons, the aging Sarma is said to have composed the great work as a series of entertaining and edifying fables narrated by a wide range of humans and animals, and together intended to provide the young princes with vital guidance for life.

Since first leaving India before AD 570, the Pancatantra has been widely translated and has influenced a cast number of works in India, the Arab world and Europe, including the Arabian Nights, the Canterbury Tales and the Fables of La Fontaine.

Enduring and profound, it is among the earliest and most popular of all books of fables.