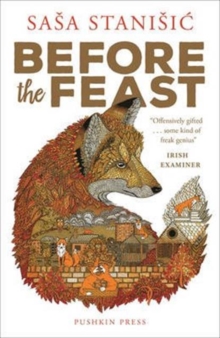 Before the Feast Paperback / softback

Winner of the Leipzig Book Fair PrizeLonglisted for the German Book PrizeIt's the evening before the feast in the village of Furstenfelde (population: declining), but not everyone is asleep.

The local artist, wearing an evening dress and gum-boots, goes down to the lake under cover of darkness.

The village archivist is kept awake by ancient tales that threaten to take on a life of their own.

A retired lieutenant-colonel weighs his pistol, and his future, in his hand. And eighteen-year-old Anna, namesake of the Feast, prepares to take her place in tomorrow's festival of drinking and dancing, eating and burning. On this night of misdeeds and mischief, they are joined by a dead ferryman, a hapless bellringer, two robbers in football shirts and a vixen on the hunt as the fantastic, the menacing, and the inexplicable collide in the most surprising ways.