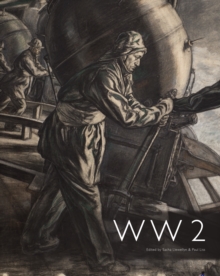 This book is published on the eve of the seventy-fifth anniversary of the launch of the War Artists' Advisory Committee and the iconic War Pictures by British Artists series. The scheme, devised by Kenneth Clark, played a vital role in both how the war was perceived at the time and how it has been perceived by future generations.

The WAAC initiative also changed the course of the careers of the 400 artists whom became involved, 37 of whom were salaried.

Brian Foss's introductory essay gives a fascinating account of the origins of the scheme and its aims and evolution. Using the format established in the War Pictures by British Artists' publications the chapters are organised into 8 sections, (as per the eight books in the original series).

Alongside the work of the better known Official War Artists this publication will also include examples of work by less well know (unofficial) war artists adding resonance to the remarkable story of War Pictures by British Artists.

The book is completed by an appendix providing a statistical analysis of how many artists were involved, who they were and what they produced.