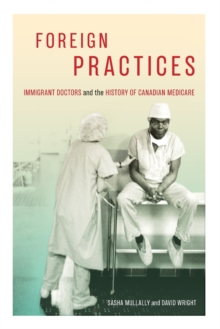 Part of the McGill-Queen's/Associated Medical Services Studies in the History of Medicine, Health, and Society series

When the CBC organized a national contest to identify the greatest Canadian of all time, few were surprised when the father of Medicare, Tommy Douglas, won by a large margin: Medicare is central to Canadian identity.

Yet focusing on Douglas and his fight for social justice obscures other important aspects of the construction of Canada's national health insurance - especially its longstanding dependence on immigrant doctors. Foreign Practices reconsiders the early history of Medicare through the stories of foreign-trained doctors who entered the country in the three decades after the Second World War.

Just as Medicare was launched, Canada began to prioritize "highly skilled manpower" when admitting newcomers, a novel policy that drew thousands of professionals from around the world.

Doctors from India and Iran, Haiti and Hong Kong, and Romania and the Republic of South Africa would fundamentally transform the medical landscape of the country. Charting the fascinating history of physician immigration to Canada, and the ethical debates it provoked, Foreign Practices places the Canadian experience within a wider context of global migration after the Second World War. 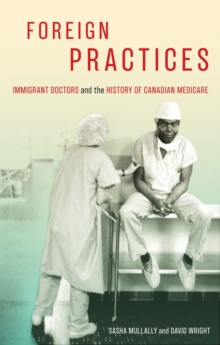