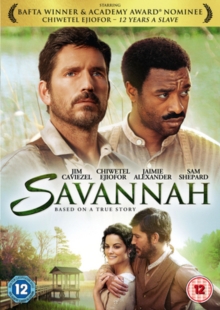 Chiwetel Ejiofor and Jim Caviezel star in this historical drama based on a true story.

Freed slave Christmas Moultrie (Ejiofor) recounts the life of his friend Ward Allen (Caviezel) at the start of the 20th century in Savannah.

Despite his wealthy background, Ward leaves his family's plantation to become a duck hunter so that he can live freely.

However, he often finds himself on the wrong side of the law as he fights for his right to hunt.

He weds socialite Lucy (Jaimie Alexander) but their marriage faces many challenges including his determination to hunt.