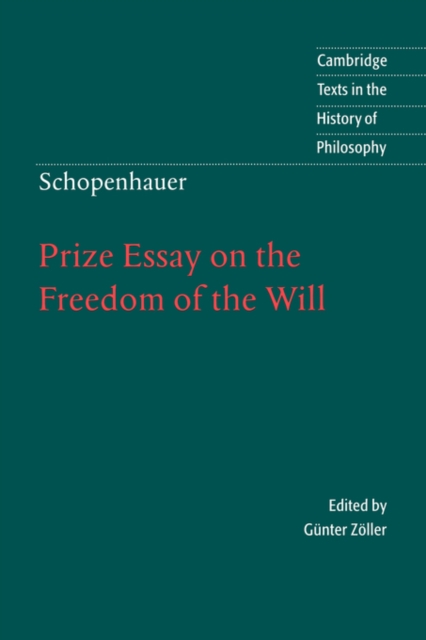 Schopenhauer: Prize Essay on the Freedom of the Will Hardback

Written in 1839 and chosen as the winning entry in a competition held by the Royal Norwegian Society of Sciences, Schopenhauer's Prize Essay on the Freedom of the Will marked the beginning of its author's public recognition and is widely regarded as one of the most brilliant and elegant treatments of free will and determinism. Schopenhauer distinguishes the freedom of acting from the freedom of willing, affirming the former while denying the latter.

He portrays human action as thoroughly determined but also argues that the freedom which cannot be established in the sphere of human action is preserved at the level of our innermost being as individuated will, whose reality transcends all dependency on outside factors.

This volume offers the text in a previously unpublished translation by Eric F.

J. Payne, the leading twentieth-century translator of Schopenhauer into English, together with a historical and philosophical introduction by Gunter Zoeller. 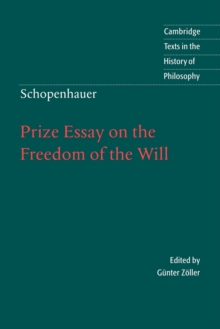 Schopenhauer: Prize Essay on the...