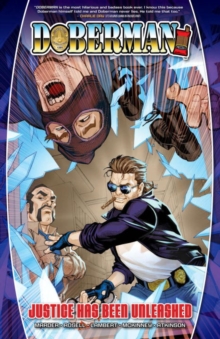 Frank Doberman was the greatest detective of his era with the fastest car,biggest gun, and longest... um... arrest record. But after a drug bust wenthorribly wrong, Doberman disappeared, seeking solace in Mother Nature.

Now luredback to the Force by the promise of vengeance, and an ice-cold six-pack,Doberman has to deal with a new age of computers, regulations, and anuber-villain whom the world seems to believe has changed his ways.