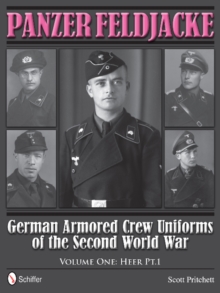 Few items of Third Reich militaria collecting hold as much fascination as the uniforms of the German armored forces.

Germany revolutionized armored warfare and in the process developed some of the most striking uniforms ever worn.

This four volume set by Scott Pritchett leverages research from vast amounts of information and sources as well as the superb books written in the last several decades by the most notable collector/historians to cover the topic.

The uniforms and insignia of all branches of the Wehrmacht and Waffen-SS who wore them are detailed in over 5,600 illustrations made available through unprecedented access to the best Panzer collections worldwide.