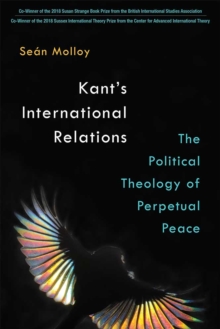 Why does Immanuel Kant (1724-1804) consistently invoke God and Providence in his most prominent texts relating to international politics?

In this wide-ranging study, Sean Molloy proposes that texts such as Idea for a Universal History with Cosmopolitan Intent and Toward Perpetual Peace cannot be fully understood without reference to Kant's wider philosophical projects, and in particular the role that belief in God plays within critical philosophy and Kant's inquiries into anthropology, politics, and theology.

Molloy's broader view reveals the political-theological dimensions of Kant's thought as directly related to his attempts to find a new basis for metaphysics in the sacrifice of knowledge to make room for faith.This book is certain to generate controversy.

Kant is hailed as ""the greatest of all theorists"" in the field of International Relations (IR); in particular, he has been acknowledged as the forefather of Cosmopolitanism and Democratic Peace Theory.

Yet, Molloy charges that this understanding of Kant is based on misinterpretation, neglect of particular texts, and failure to recognize Kant's ambivalences and ambiguities.

Molloy's return to Kant's texts forces devotees of Cosmopolitanism and other 'Kantian' schools of thought in IR to critically assess their relationship with their supposed forebear: ultimately, they will be compelled to seek different philosophical origins or to find some way to accommodate the complexity and the decisively nonsecular aspects of Kant's ideas. 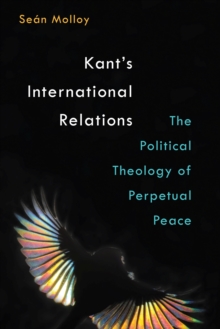