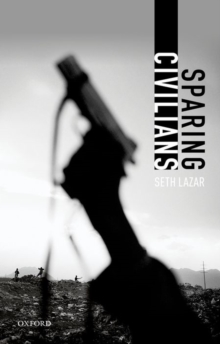 Killing civilians is worse than killing soldiers. If any moral principle commands near universal assent, this one does.

It is written into every major historical and religious tradition that has addressed armed conflict.

It is uncompromisingly inscribed in international law.

It underpins and informs public discussion of conflict-we always ask first how many civilians died? And it guides political practice, at least in liberal democracies, both in how wefight our wars and in which wars we fight.

Few moral principles have been more widely and more viscerally affirmed than this one. And yet, in recent years it has faced a rising tide of dissent.

Political and military leaders seeking to slip the constraints of the laws of war have cavilled and qualified.

Theircomplaints have been unwittingly aided by philosophers who, rebuilding just war theory from its foundations, have concluded that this principle is at best a useful fiction.

Sparing Civilians aims to turn this tide, and to vindicate international law, and the ruptured consensus.

In doing so, Seth Lazar develops new insights into the morality of harm, relevant to everyone interested in normative ethics and political philosophy.