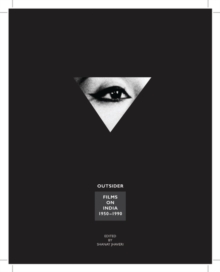 Cinema has always provided a special lens for viewing India and, when combined with an outsider's perspective, reveals new and often refreshingly significant facets of its culture and society.

Beautifully designed with 100 illustrations in colour and black & white, "Outsider Films on India" presents a varied interpretation of the country as well as its relationship with the West through a discussion of ten distinctive films, some documentary and some fictional, spanning 40 years from India's independence.

International critics, artists and scholars have delved deep into this carefully assembled list, from Jean Renoir's "The River" and Fritz Lang's "The Tiger of Eschnapur" to Pier Paolo Pasolini's "Notes for a Film on India" and Alain Corneau's "Nocturne Indien".

Their conversations, reflections and polemics trace the evolution of ideas about India as viewed onscreen, re-assess its cultural development, and simultaneously lay bare a meditation on foreignness.

Hidden aspects of the films are also brought into unprecedented focus.