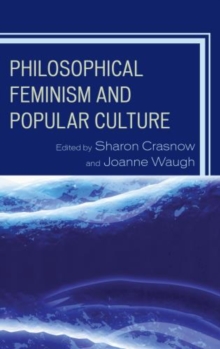 The eight essays contained in Philosophical Feminism and Popular Culture explore the portrayal of women and various philosophical responses to that portrayal in contemporary post-civil rights society.

These philosophical feminist analyses of popular culture consider the possibilities, both positive and negative, that popular culture presents for articulating the structure of the social and cultural practices in which gender matters, and for changing these practices if and when they follow from, lead to, or perpetuate discrimination on the basis of gender.

The essays bring feminist voices to the conversation about gender and attests to the importance of feminist critique in what is sometimes claimed to be a post-feminist era.