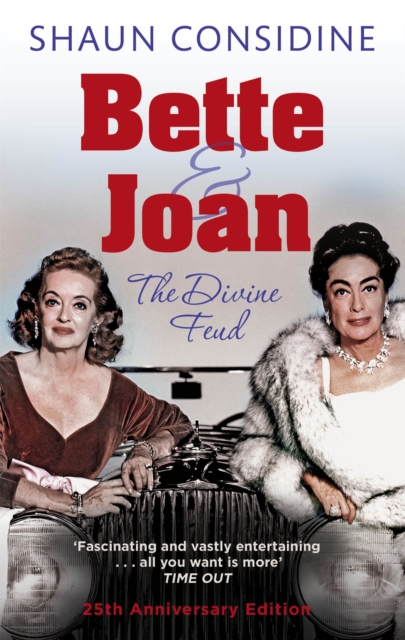 'An absolute must-read' VANITY FAIRBette Davis and Joan Crawford: two of the deadliest arch-rivals of all time.

Born in the same year (though Davis swore 'Crawford is five years older than me if she's a day'), the two fought bitterly throughout their long and brilliant Hollywood careers.

Joan became a star first, which always irked her rival, who suggested her success had come via the casting couch. 'It sure as hell beats the hard cold floor' was Crawford's scathing response.

According to Davis, Crawford was not only a nymphomaniac but also 'vain, jealous and about as stable and trustworthy as a basket of snakes'.

Crawford, in turn, accused Davis of stealing her glory and planning to destroy her. The two rivals fought over as many men as they did parts - when Bette fell in love with her co-star in DANGEROUS, Franchot Tone, Joan stepped in and married him.

The women worked together only once, in the classic thriller WHATEVER HAPPENED TO BABY JANE?, in which their violent hatred of each other as rival sisters was no act. 'Shaun Considine's story of the two divas is vastly informative and in parts hilarious' SUNDAY TELEGRAPH'Fascinating and vastly entertaining . . . all you want is more' TIME OUT 'Considine's well-researched book is an account of one of Hollywood's most extraordinary relationships' DAILY EXPRESS '[A] Scurrilously readable twin biography' MAIL ON SUNDAY'Considine's dual biography is a guilty pleasure' SUNDAY HERALD'Brilliant, outrageous and hysterical' Suranne Jones (Star of BBC One's Doctor Foster) 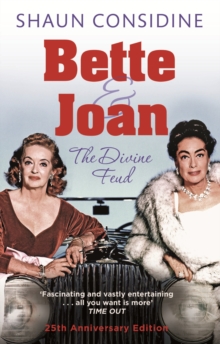 Bette And Joan: The Divine Feud