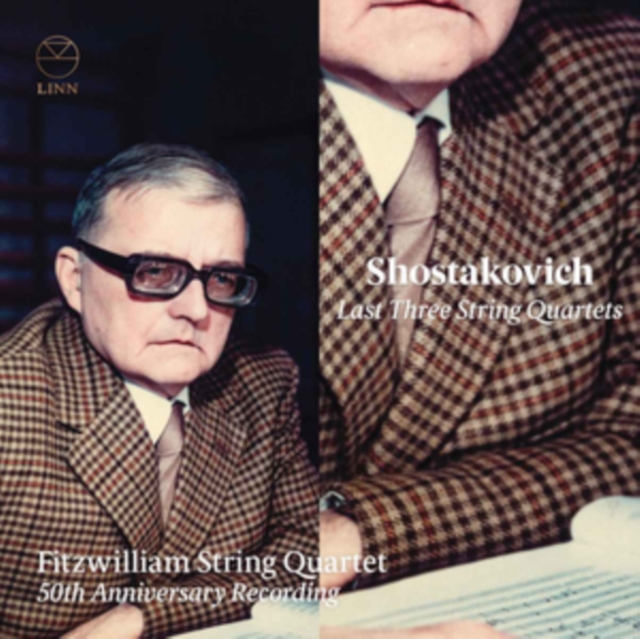 Shostakovich entrusted the Fitzwilliam with the western premieres of his last three quartets (nos. 13, 14, 15), and before long they had become the first ever group to perform and record all fifteen, winning many international awards along the way. The highly innovative 'String Quartet No. 13' is notable for its unique single-movement form and the virtuosic viola writing, which shines a spotlight on founding member Alan George. 'No. 14', despite its twelve-tone structure, is perhaps the most accessible of Shostakovich's late quartets with a wealth of identifiable melodies. The six movements of 'No. 15' are profoundly melancholic and intimate, with the composer's obsession with death a clear influence.