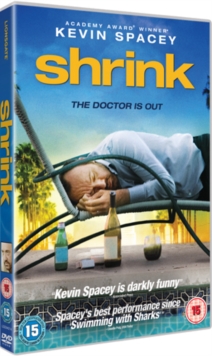 Drama starring Kevin Spacey. Henry Carter (Spacey) is a successful Hollywood psychologist and author of a best-selling self-help book who finds himself in the midst of a personal crisis.

Since his wife's suicide a year ago, Henry has been steadily losing his grip and spends his free time smoking copious quantities of marijuana in an attempt to blot out the lack of meaning in his life.