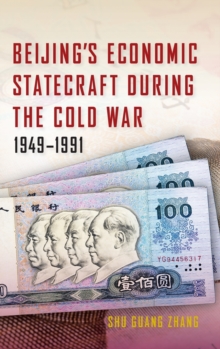 Beijing's Economic Statecraft during the Cold War, 1949-1991, describes China's use of economic instruments in pursuit of foreign policy goals from its foundation to the end of the Cold War.

Taking on China's economic diplomacy during the period of 1949-1991 as an in-depth case analysis, Shu Guang Zhang focuses on the nuts and bolts of Beijing's policymaking and aims to reconstruct China's economic statecraft behaviors, both historically and conceptually.

Not only does the study assess China's foreign economic policies playing out in its relations with the U.S., U.K., and Japan, but it also looks at how Moscow, Hanoi, Pyongyang, Tirana, and Ulan Bator interacted with Beijing in their political economic relations.