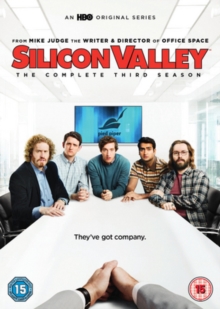 All ten episodes from the third season of the HBO sitcom set in Silicon Valley.

In this season, Richard (Thomas Middleditch) is replaced as CEO of Pied Piper by Jack Barker (Stephen Tobolowsky) and struggles to adjust to his leadership as his original ideas are overhauled.

However, when he admits he won't get Jack to back down on his vision for the company, Richard and his team begin working on completing their own platform in secret.

Meanwhile, big changes are afoot at Hooli after Belson (Matt Ross) realises he can terminate his employees' contracts with little financial pain.