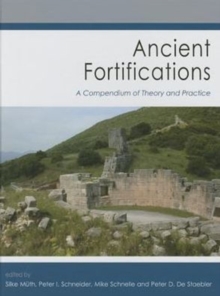 Dedicated to the investigation of fortifications as important and integral elements of ancient built space, the present volume results from the activity of the German based international research network Fokus Fortifikation.

Ancient Fortifications in the Eastern Mediterranean and is intended as a guide to research on ancient fortifications and a source of inspiration for new research. Ancient city walls and other fortification structures have long been underestimated.

Since the early years of the 21st century, research on ancient fortifications has experienced an international boom, particularly amongst young researchers.

They approached the study of fortifications with fresh ideas and new aims, and felt the need to discuss the problems and potentials of these monuments and to develop harmonised research methods and objectives.

The outcome is the present bilingual (English and German) book, which offers a condensed view of the network's extended conversations.

The goal is not so much to offer an overview on the development of ancient fortifications, but rather to present versatile and diverse approaches to their research and interpretation and to serve as a kick-off for a new understanding of this category of ancient buildings. The book is divided into two parts: the first part includes 12 chapters on methods of interpretation, documentation, and field project organisation; the systematic description and presentation of fortifications; the'building experience'; masonry forms and techniques; defensive, symbolic, and urbanistic functions and aspects; on fortifications in written sources, the visual arts, and as a historical source; and on regional and rural fortifications, and regionally confined phenomena.

Part two is a catalogue that offers exemplary presentations of fortifications studied by network members; it is arranged in four sections: regions, sites, architectural elements and architectural details. The book is Volume 1 in the new series Fokus Fortifikation Studies.

Volume 2 in the series, Focus on Fortification: New Research on Fortifications in the Ancient Mediterranean and the Near East (Oxbow Books), the proceedings of an international conference held in Athens in December 2012, will also appear in 2015. 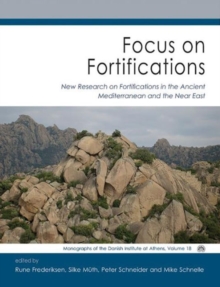