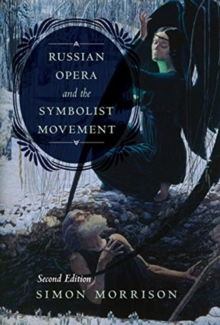 by Simon A. Morrison

Acclaimed for treading new ground in operatic studies of the period, Simon Morrison's influential and now-classic text explores music and the occult during the Russian Symbolist movement.

Including previously unavailable archival materials about Prokofiev and Tchaikovsky, this wholly revised edition is both up to date and revelatory.

Topics range from decadence to pantheism, musical devilry to narcotic-infused evocations of heaven, the influence of Wagner, and the significance of contemporaneous Russian literature.

Symbolism tested boundaries and reached for extremes so as to imagine art uniting people, facilitating communion with nature, and ultimately transcending reality.