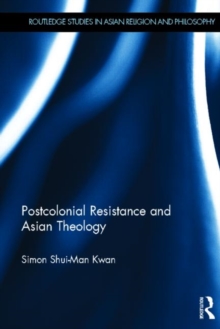 Presenting a fundamental re-thinking of Asian theology, this book focuses on theological indigenization in Asia in light of the postcolonial theory of resistance advanced by Homi K.

Bhabha, among others. Two types of anti-colonialist resistance within Asian theologies are identified and interrogated.

The first is nationalistic in kind, operating from a theological language that is binaristic and oppositional.

The second is illustrated by that which was mounted by the three Chinese Christian thinkers whose indigenous theologies are analysed in this book as case studies.

This second kind, postcolonial in its character, is characterized by collaboration rather than antagonistic binarism.

In spite of much dissimilarity between these two kinds of resistance, the book argues that they are similarly anti-colonialist, and both can be equally valid in resisting colonial forces.