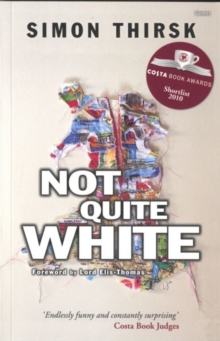 Not Quite White Paperback / softback

A novel exploring the tensions between the Welsh and the English.

It's a passionate defence of cultural and political identity, and a plea for tolerance.

It's also a sustained attack on the forces of small-town bigotry and corruption.

But, above all, it's an acknowledgement of the subtleties and ambiguities that exist in even the most entrenched attitudes.