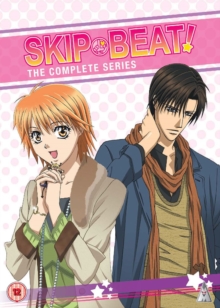 All 25 episodes from the Japanese anime which follows 16-year-old girl Kyoko Mogami (voice of Marina Inoue) as she accompanies her childhood friend Sho (Mamoru Miyano) to Tokyo to help him make it as a famous musician.

However, after overhearing Sho tell his management that he doesn't care for her and only uses her as a maid, Kyoto decides to pursue her own career in showbiz in an attempt to get her revenge.

The episodes are: 'And the Box Was Opened', 'Feast of Horror', 'The Emotion She Lacks', 'The Labyrinth of Reunion', 'The Danger Zone', 'Invitation to the Ball', 'Princess Revolution', 'Sink Or Swim Together', 'The Miraculous Language of Angels', 'The Blue in Her Palm', 'The True Face of the Storm', 'Her Open Wound', 'The Battle Girls', 'The Secret Stamp Album', 'Together in the Minefield', 'Dislike X Dislike', 'The Date of Destiny', 'Sin Like an Angel', 'The Last Ritual', 'Invitation to the Moon', 'The One Who Deserves to Be', 'The Day the World Shattered', 'And the Trigger Was Pulled', 'The Permissible Encounter' and 'And Then the Door Opens'. 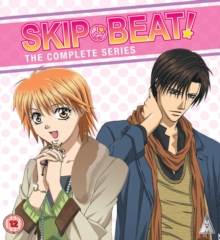