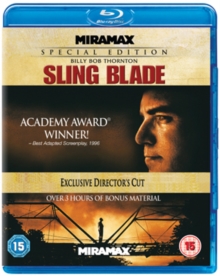 Thriller starring Billy Bob Thornton as Karl Childers, a mildly retarded man who has spent most of his life in a mental institution.

When Karl was 12-years-old, he discovered his mother making love to a man he'd never seen before.

He snapped and killed them both. Released from the institution as a result of budget cuts, Karl says he has learnt his lesson and ends up in a small town where he's befriended by Frank (Lucas Black), the son of a widowed mother who sees the eccentric but open-hearted Karl as a kindred spirit.

Frank's mother, Linda (Natalie Canerday), also takes a liking to Karl and lets him stay with them after he gets a job at a fix-it shop. 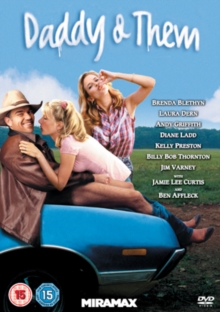 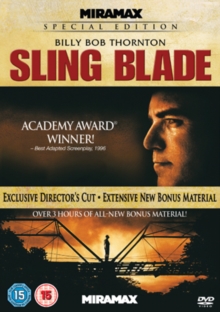