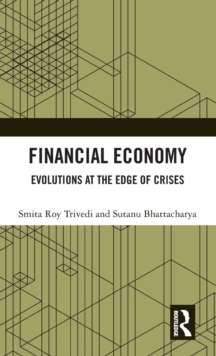 Financial Economy : Evolutions at the Edge of Crises Hardback

This book examines how contemporary financial economy evolved as the predominant economic system, and why unabated accumulation of financial capital takes place in such systems.

It reviews the mechanics of accumulation of wealth by tracing the historical roots of financial capital.

Traversing the evolutions of capitalist systems since the 1850s till recent times, Financial Economy provides a lucid and logical explanation of the phenomenon.

It uses a new methodology based on economic circuit of stocks and flows following the early ideas of the French economists of the 18th century and the contemporary Circuit school.

It provides an alternative framework for studying economic systems design, keeping aside the orthodox neoclassical analysis of equilibrium market exchange.

Further, it highlights the global financial circuit, the state of the current digitalised economy with electronic money transfers, consumer's decision-making and expected future earnings, and questions the relevance of some fundamental concepts of economics as well as economic policies.

Using a notion of sequential economy, it also shows how present economic activities are treading upon the future.

The historical account of the evolutions of capital, interest, and corporate structures will also be of interest to general readers.