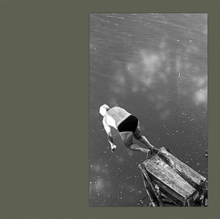 The Po river flows for over 600 km through four different regions of Northern Italy, from its source in the mountains of Piedmont to its wide delta in the Adriatic Sea.

About 16 million people live along the banks of the longest river in Italy, and more than a third of Italian industries and agricultural production are concentrated here.

In 2017 the Japanese photographer Sohei Nishino traveled along the river, taking hundreds of photographs, which he then printed, combined in collage and arranged on large tableaux.

The works created by Nishino are a habitat to different perspectives and languages in which map and diorama blend harmoniously to give life to a new vision of reality.

Swarming with life, this image of the river is composed of a multitude of faces, industrial landscapes, glimpses of the river, city views and scenes of everyday life, thus combining details and broad views, and creating an image-filled polyptych.

At the center of all is the river, understood as a fundamental condition for existence and a symbol of its continuous flow.

Water Line: A Story of the Po River , the photographer's second monograph, brings together over a hundred black and white images never published before.