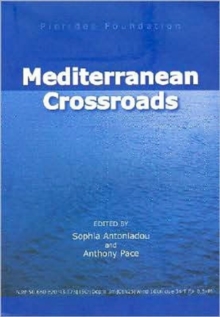 This book contains the thirty papers delivered at the International Archaeological Conference in Athens, 10-13 May 2005.

These papers are selected essays from the conference which was organised within the framework of the project Crossings: Movements of People and Movement of Cultures - Changes in the Mediterranean from Ancient to Modern Times , a project that had been initiated by the Pierides Foundation.

Scholars contributed papers related to issues such as the movement of people and the circulation of objects and ideas throughout the Mediterranean during prehistory and history. Specific areas of interest covered cultural diffusion and indigenous development, local identity and regional processes, population movement, object biographies, trade and gift exchange, islandscapes vs. landscapes, travel and transport technologies, and colonisation.

The second general theme broadened the conference discussion through an interdisciplinary debate concerning the sociopolitical implications of the 'postmodern' agenda in the present and the impact of this agenda on the study of the Mediterranean past.

The sessions related to this theme addressed contemporary concerns with the cultural heritage of the Mediterranean as a source of social identities and common heritage.

The volume embraces the Eastern, Central and Western basins of the Mediterranean.