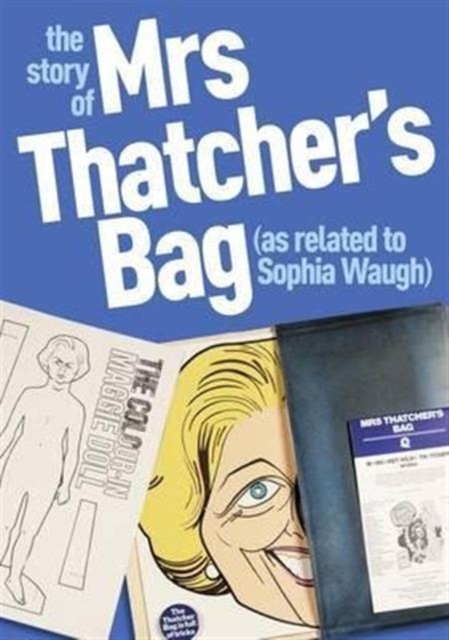 First published thirty-five years ago, in 1978 - three years after her gaining the leadership of the Conservative Party and a year before her election as Britain's first woman prime minster - Mrs Thatcher's Bag, in the words of its publisher, was 'conceived in the public interest'...Its intent was to create a satirical parody of her particular brand of political fundamentalism (then a more friendly word than now), which was already dividing political attitudes in the UK into two very clear camps: those who thought her dynamic, potent and brave, and those convinced her conviction politics were destructive, extreme and all would end in tears.

Given the provenance of most of Quartet's staff and its radical reputation there was little comfort for those who loved her.

But few of us could realise then how iconic she would become or what a vivid champion she would be for the poujadist remnants of Great Britannia.

Love or hate her, she was a formidable defender of her class. No wonder it was a handbag that we chose to contain, among other things, a guide to Managing, a mask and cut-out doll, a poster adorned with her pearls of wisdom and a flexi disc with both her song and that of the Silent Majority.

Mrs Thatcher's Bag was a do-it-yourself guide to us all becoming what the display wrapper around the handbag claimed: M*RG*RET HILD* TH*TCHER writes, 'I have gathered together in this stylish handbag a most useful collection of practical tips so that even the most deprived of you who have the will and the enterprise can cultivate those exclusive qualities which have made me - and can make YOU - a model Tory lady.' As history seeks to assess her lasting impact, it's a good moment to recreate and remember what was, at the time, a quite scandalous object...