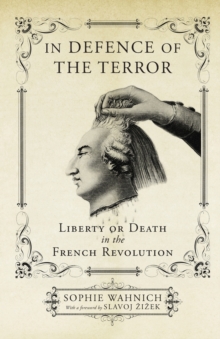 In Defence of the Terror : Liberty or Death in the French Revolution Paperback / softback

For two hundred years after the French Revolution, the Republican tradition celebrated the execution of princes and aristocrats, defending the Terror that the Revolution inflicted upon on its enemies.

But recent decades have brought a marked change in sensibility.

The Revolution is no longer judged in terms of historical necessity but rather by "timeless" standards of morality.

In this succinct essay, Sophie Wahnich explains how, contrary to prevailing interpretations, the institution of Terror sought to put a brake on legitimate popular violence--in Danton's words, to "be terrible so as to spare the people the need to be so"--and was subsequently subsumed in a logic of war.

The Terror was "a process welded to a regime of popular sovereignty, the only alternatives being to defeat tyranny or die for liberty." 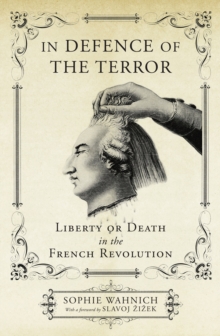 In Defence of the Terror