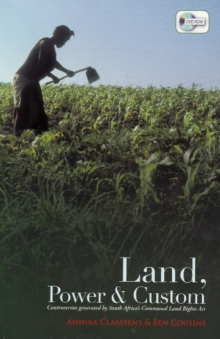 Land is a burning issue in South Africa, as in Africa more widely.

One particularly controversial aspect is reform of land tenure in the former homelands.

This book is written from research generated in the course of preparing a legal challenge to the constitutionality of the Communal Land Rights Act of 2004.

They explain the impact that provisions of the Act will have on current problems, that they will introduce new forms of conflict and instability, and entrench distortions that derive from colonialism and apartheid.

The DVD contains affidavits and historical and current Acts pertaining to this case.