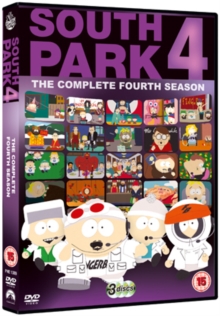 Entire fourth season of the hit animated comedy. In 'Cartman's Silly Hate Crime 2000', Cartman is sent to juvenile hall after hurling a rock at a rival sleigher's head. 'The Tooth Fairy's Tats 2000' sees the boys operating their own tooth laundering scam when Eric is given $2 by the tooth fairy.

In 'Quintuplets 2000', the boys fall in love with some contorting Romanian quintuplets, and vow to help them escape to the United States. 'Timmy! 2000' sees the boys' new, wheelchair-bound classmate, Timmy, excused from homework when he is misdiagnosed as suffering from Attention Deficit Disorder.

While Stan, Kyle, Cartman and Kenny strive to prove that they too have ADD, Timmy joins a heavy metal band.

In 'Pip', Pip's past is finally revealed in a retelling of the classic 'Great Expectations', complete with alternate, modern-day ending.

In 'Cartman Joins NAMBLA', Eric tires of his 'immature' schoolmates, and to his joy discovers that there are lots of adult males who wish to befriend eight-year-old boys. 'Cherokee Hair Tampons' sees Kyle suffering from a deadly kidney disease.

The only possible saviour is Cartman, who is more than prepared to do his bit to save his friend's life - for a price.

In 'Chef Goes Nanners', Chef tries to bring some racial awareness to the Mayor, while Eric finds a common bond with Wendy during the school debate. 'Something You Can Do with Your Finger' finds Kyle, Stan, Kenny and Cartman jumping on the boyband-wagon, but who is to be their fifth member?

In 'Do the Handicapped Go to Hell?', the boys fear for their souls after a meeting with Priest Maxi, while down in Hell Satan meets an old flame. 'Probably' sees Satan trying to choose between two loves, and Cartman taking on the role of evangelist.

In '4th Grade', the kids adapt Timmy's wheelchair into a time machine in order to escape the 4th grade. 'Trapper Keeper' sees Cartman holding the world in his hands, while some celebrity voters attend the South Park kindergarten class's presidential election.

In 'Helen Keller, the Musical', Timmy makes a new friend and Kyle, Stan, Cartman and Kelly struggle to make the school's Thanksgiving show a success. 'Fat Camp' sees Cartman ordered to lose weight, while Kenny gets his own gross-out TV show.

In 'Wacky Molestation Adventure', South Park falls into chaos when the kids take over. 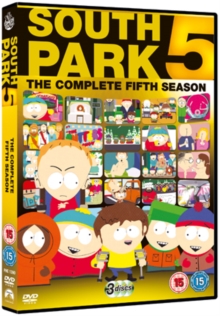 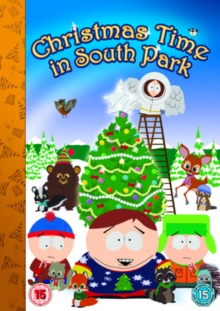 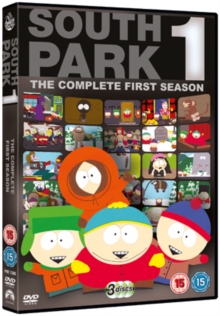 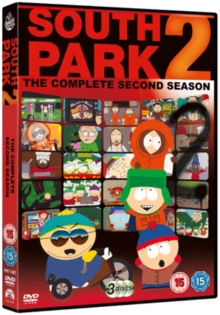