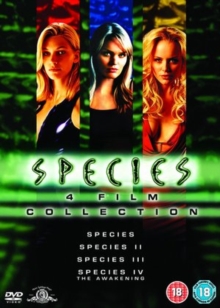 All four films in the 'Species' franchise. In 'Species' (1995), scientists use the world's largest radio telescope to send messages into outer space.

Twenty years later they receive a message giving instructions on how to mix human and alien DNA to form 'Sil', a new species.

The scientists create 'Sil' - in the shape of a beautiful young woman (Natasha Henstridge) - who escapes from the observation facility.

She must be stopped before she mates with a human male and creates a new species which could overwhelm mankind.

A team is assembled to destroy 'Sil', led by scientist Xavier Fitch (Ben Kingsley) and containing an assassin (Michael Madsen), a biologist (Marg Helgenberger), an anthropologist (Alfred Molina) and an empath (Forest Whitaker).

In 'Species 2' (1997), scientist Laura Baker (Marg Helgenberger) has created a pseudo-alien clone, Eve (Henstridge), to assist her research after another series of alien killings begins.

Reuniting with gunman Press Lennox (Madsen), Laura realizes that astronaut Patrick Ross (Justin Lazard), recently returned from Mars, is the culprit, having become infected with the alien virus and now obsessed with spreading his seed across the planet Earth.

In 'Species 3' (2004), a fatal hybrid weakness has given humans the advantage in the ongoing fight for supremacy between mankind and human/alien hybrids.

Until now. When Sara (Sunny Mabrey), the daughter of Eve (Henstridge) is born, she grows into the most genetically perfect alien form yet.

Seeking to repopulate her kind, this dangerously beautiful femme fatale heeds an overwhelming drive to mate, while a crack military team trails her in an attempt to end the war between the two species forever.

Finally, in 'Species 4: The Awakening' (2007), college professor Miranda Hollander (Helena Mattsson) realises something is wrong when she wakes up from a blackout surrounded by mutilated bodies.

Seeking an explanation from her uncle, she learns the horrifying truth that she is in fact the result of a cloning of human and alien DNA.

Travelling to Mexico to confront the scientist responsible, she soon becomes the target of a stream of ravenous mutants.

But with her biological clock ticking, Miranda's alien instincts are about to raise their ugly head, resulting in a battle, the type of which, the earth has never seen. 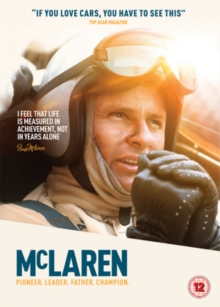 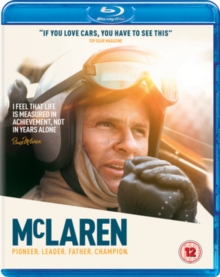 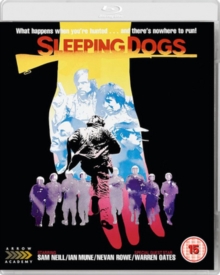 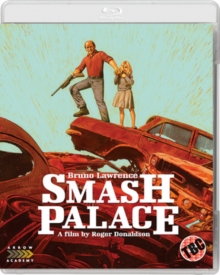