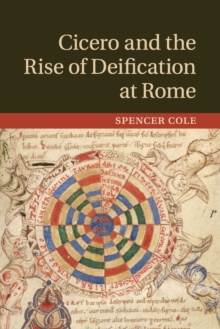 Cicero and the Rise of Deification at Rome Paperback / softback

by Spencer (University of Minnesota) Cole

This book tells a part of the back-story to major religious transformations emerging from the tumult of the late Republic.

It considers the dynamic interplay of Cicero's approximations of mortals and immortals with a range of artifacts and activities that were collectively closing the divide between humans and gods.

A guiding principle is that a major cultural player like Cicero had a normative function in religious dialogues that could legitimize incipient ideas like deification.

It also examines Cicero's explorations of apotheosis and immortality in the De re publica and Tusculan Disputations as well as his attempts to deify his daughter Tullia.

In this book, Professor Cole transforms our understanding not only of the backgrounds to ruler worship but also of changing conceptions of death and the afterlife.